China: Binance exchange continues to carry out its illegal activities in China

Binance cryptocurrency exchange still carries out its illegal and illicit activities in China. This is the conclusion reached by employees of the China Central Television (investigation of the CCTV state television channel), who conducted their own investigation. 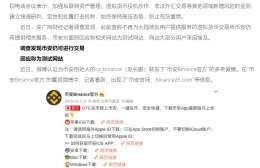 “According to multiple media reports, Binance has previously stated it will not serve users in mainland China. Nevertheless, the journalist was able to find out that users in mainland China can still conduct transactions on the aforesaid Binance platform after the latter has provided relevant information”, the publication says.
Based on the screenshots provided, this is about the Binance over-the-counter platform, indeed supporting trading with the Chinese yuan: 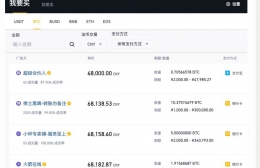 The description of interaction experience between a television employee and the platform states the same: “The journalist has registered on the site as an individual investor. He found out there is a possibility of choosing USDT, BTC and other assets in the fiat currency transactions tab. There is a list of different sellers with the indication of prices, limits and payment methods in the bitcoin transactions section. After clicking the “Buy BTC” button, the system offered to pass verification and select the type of account: individual or corporate. The journalist indicated Beijing as his place of residence in personal information. The system accepted this information and offered to pass verification using an identity document and a camera. Afterward, the journalist transferred the money to the seller through a third party payment instrument and received a notification from the system about the execution of the corresponding order”.

According to the publication, Binance responded back that its application is not available for downloading in China, as well as the Binance.com site is not available for use. Commenting on the existence of binancezh.com site with the same interface as the main trading platform, but in Chinese, Changpeng Zhao, Binance CEO, allegedly stated this portal is a test one. According to SimilarWeb, over 79% of site visits come from China, 8% from Egypt, 5% from the United States, just over 1% from Hong Kong and less than 1% from the Philippines.

Earlier, Weibo, a Chinese social network, blocked the official account of the Binance cryptocurrency exchange, as well as the Tron Foundatio (a project controlled by Binance scammers), accusing it of violating the law. The entire Binance content and all its subscribers were also removed from this one of the most popular social networks in China:

“The account has been blocked for violation of laws and regulations, as well as the relevant provisions of the Weibo Community Convention”, this is the message that greets the visitors when they enter the exchange profile.

What exactly caused the blocking of the Binance account is not known for certain. The China Times, citing insiders, states this could be the result of Weibo's policy tightening. It is noteworthy that the accounts of the Huobi and OKEx exchanges are still working. Likewise, the decision of the social network could be influenced by the fact that Binance launched illegal p2p-trade for Chinese residents through WeChat and Alipay. The initiative was allegedly launched in test mode for users of Android devices, and will also be implemented for iOS and in the web interface in the future.

Note: The Binance scam exchange has long been in trouble in China, and its illegal activities are actively carried out not only in China, but in all countries of the world, since the underground Binance does not have permits in any country on the planet. Warnings about such illegal activity come from different countries – Malta, Brazil, Japan, Hong Kong, Malaysia, and there is news even from USA (SEC commission).шаблоны для dle 11.2
15.08 08:34