U.S. authorities expanded the scope of the investigation into Binance Holdings Ltd. Now it has added questions about potential insider trading and market manipulation at the largest cryptocurrency exchange in the world, these charges will check the U.S. Futures Trading Commission (CFTC), previously the CFTC launched an investigation into Binance for the possible sale of derivatives to Americans: 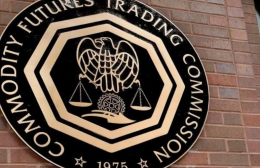 U.S. DOJ: Tether is facing criminal charges for bank fraud in the U.S.

According to the source, authorities suggested that the trading platform was making its own trades based on customers' orders before they were executed. No charges have yet been filed against Binance. Binance's press office said it has a "zero-tolerance" policy on insider trading and "strict moral standards" to prevent possible violations that could harm customers or the cryptocurrency industry. Binance's security team uses established practices to investigate and prosecute guilty employees. Dismissal is only the minimum punishment possible, the company added.

From experience with Binance, it is safe to say that Binance always trades against its customers and ripping off a customer on the spot or futures market is one of Binance/FTX's casino profits.

The Futures Trading Commission (CFTC) is involved in the investigation and has been contacting potential victims in recent weeks. No charges have been filed against Binance; nor may there be any as a result of the investigation.

Previously, it was reported that the Department of Justice and the Internal Revenue Service have opened their own investigation into possible money laundering and tax evasion at Binance. Relevant work has been going on for several months and it may take some time before a decision is made on specific charges.

In addition, the CFTC is interested in whether U.S. residents were involved in derivatives trading on Binance. The agency is routinely sharing its findings with other federal agencies and has requested internal data and correspondence from Binance. In particular, the CFTC is trying to find out where Binance's servers are located.

In August, the former head of the Office of the Comptroller of the Currency of the United States, Brian Brooks, abruptly resigned as CEO of Binance.US after only three months in the job, citing differences of opinion over the firm's strategic direction.

The CFTC investigation is being coordinated from Chicago and involves people who worked on the case of rival exchange BitMEX. Last month, BitMEX agreed to pay a $100 million fine to settle CFTC and Financial Crimes Enforcement Network (FinCEN) claims about access to U.S. derivatives trading and insufficient anti-money laundering measures. BitMEX did not admit or deny the violations, but last October, the exchange's management, including its CEO Arthur Hayes, was forced to resign. They are now awaiting trial on the personal charges each faced, which lawyers say is very unusual for this type of financial crime.шаблоны для dle 11.2
23.09 10:27