Binance.US CEO Brian Brooks resigns due to conflict with CZ

Brian Brooks resigned as CEO of Binance.US on August 6, 2021, it has been 4 months in the said position and such a quick exit has generated a number of rumors. As it is now known, and reported by the New York Time - Brian Brooks' departure as CEO of Binance US was the result of a conflict with the founder of the exchange Changpeng Zhao «CZ». 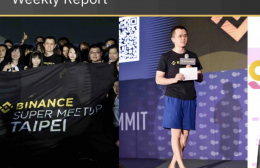 Brooks, who was formerly head of Coinbase's legal department and had time to serve as the U.S. Comptroller of the Currency, joined Binance in early May. He was expected to use his previous experience to ensure contact with U.S. authorities. However, he abruptly announced his resignation earlier this month. What is interesting is that Brian Brooks is not the only executive who has left Binance casino in a hurry, in fact, there are many more mass layoffs than it is written about or can be found in public sources:

According to sources, Brooks intended to implement a multi-step strategy whereby Binance.US would distance itself from its parent company. To do so, he planned to form an independent board of directors and raise $100 million that would allow the unit to fund its operations on its own. Among other things, Binance's technology solutions were to be moved to servers in the United States. Brooks said in July that the process was already underway, "so relatively soon that relationship will be gone."
"The move was the final piece of a mosaic that Brooks believed would make Binance's regulatory problems a thing of the past. But in early August, as Brooks completed the plan, CZ suddenly hit a stopgap. The strategy was rejected, and Brooks saw no other way to solve the company's regulatory problems and therefore was unable to proceed," writes New York Magazine
The New York Times cites its own version of events. According to its publication, Brooks decided to leave after GreatPoint Ventures, which was to be a key participant in a planned investment round, changed plans due to an alleged investigation by U.S. authorities into Binance. Apparently, Binance's deception of U.S. regulators continues and  Operation Tai Chi  is still a priority.

Another factor that influenced her decision was   Changpeng Zhao's "CZ" 90% ownership of Binance.US   , through     BAM Trading Services Inc. C4318587. The investment was meant to be the first step toward a likely IPO in the future. The media also note that recent developments have called into question the status of Binance.US as an independent entity. Commenting on the relationship with Binance in May, Brooks said the U.S. exchange uses the brand name and some of the technology of the main platform, but operates independently:
"It's not at all as if they own us, because they don't."
шаблоны для dle 11.2
24.08 16:14