Perhaps reflecting how Binance’s Chinese name “币安” means “safe coins,” many Binance users in China said they aren’t too worried about their funds amid the worsening global crackdown on the world’s biggest crypto exchange by volume. 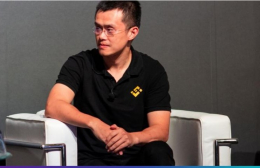 On the surface, this may seem counter-intuitive. Binance is clearly in the crosshairs of regulators from around the world, having been banned in several countries and facing criminal charges in another. Meanwhile, a recent series of regulatory actions by China against crypto activity has rocked the industry overall and contributed to a plunge in crypto prices.

For Chinese traders, though, Binance is largely viewed as immune to China’s actions, which they see as the biggest threat to exchanges with operations in the country. That’s particularly true given how the nation’s regulators recently brought a company as powerful as Chinese e-commerce giant Alibaba to its knees so quickly and harshly.

Binance is considered as relatively safe from this type of action due to the company’s decision to move its operations — and the funds it holds — out of the country back in 2017. This distance from Chinese regulators, combined with trading products available only on Binance, is causing traders to look past the exchange’s issues in other regions and prefer it to rivals with operations or executives still in China.

“People are scared of the relentlessness [of the Chinese regulators],” Alex Zuo, vice president of Singapore-based crypto wallet service Cobo, said, referring to an incident involving crypto exchange OKEx last year when it abruptly suspended all account withdrawals for five weeks. “At least Binance’s platform itself has few safety risks.”
OKEx, with deep ties in China, suspended all withdrawal services after a holder of a private key to authorize withdrawals was cooperating with public security investigators in China. Over at rival exchange Huobi, at least one of its key executives allegedly went missing in China due to an investigation related to the exchange’s over-the-counter (OTC) trading service.

As a result, many Chinese users from OKEx and Huobi, two of the most popular crypto exchanges in China, flocked to Binance, as CoinDesk reported previously. As sources familiar with the matter told CoinDesk, Binance left China completely when China issued a ban in September 2017 on initial coin offerings (ICOs) and centralized fiat-to-crypto trading. But Huobi and OKEx maintained employees and some operations in China for their significant user bases in the country.

“People mostly care about the safety of their funds,” said Lingxiao Yang, chief operating officer at San Francisco-based crypto hedge fund Trade Terminal. “Most of the staffers of Huobi and OKEx are still in China, especially their executives. Once they are under the control (of the Chinese regulators), there’s no guarantee of the safety of users’ funds.”
Binance’s significance to China

For now, Binance’s clean breakup with China ended up being a smart move, ironically, for its business in China, one of the most active crypto communities and user bases in the world.

Meanwhile, Binance, with its roots in China, provides one of the best and most comfortable user experiences for Chinese traders and investors, whether it is the exchange’s Chinese-language platform or its Chinese customer service, according to industry experts.

“Binance is still the best option for traders” in China, said Rachel Lin, CEO of decentralized derivatives exchange SynFutures. “They are more worried about using Huobi and OKEx.”
Lin added that as the biggest crypto exchange by bitcoin futures open interest, the level of market depth offered by Binance’s USDT-margined futures products is hard to compete with. A source from a China-based crypto fund, who spoke to CoinDesk on condition of anonymity, said that they will continue to work with Binance because tokens from many projects they’ve invested in are mainly — if not solely — traded on Binance.

“Binance is the king of altcoin liquidity,” Ashwath Balakrishnan, research associate at blockchain research firm Delphi Digital, said. “So [it] would really need sizable outflows [from Binance] to confirm that” altcoin liquidity moves elsewhere.
Many “VIP” users on Binance also value the highly competitive trading fee discounts offered on Binance, a feature that especially benefits those who conduct high-frequency trading strategies, the person from the China-based crypto fund said, whose company is also a Binance VIP client.

Today, even though Binance has gone much further beyond a local exchange catering to the Chinese market, China remains an essential market for it, just as Binance is also an essential and preferred platform for Chinese crypto traders and investors.

A report by Chainalysis released on August 3 shows that between January 2021 and June 2021, more than $150 million worth of cryptocurrency was sent to addresses estimated to be controlled by users in China, second only to the U.S.

Amid further crackdown by the Chinese government on crypto, both Huobi and OKEx recently were reported to be dissolving their entities in China. It is still too early to tell whether Chinese users would partially rebuild their trust with the two exchanges after their respective actions. A likely winner from Binance’s regulatory downfall could be FTX, the centralized crypto exchange focusing on derivatives products helmed by Sam Bankman-Fried.

Interestingly, Binance, an early investor in FTX, recently exited its position in FTX, as Bankman-Fried said that his company bought out Binance’s shares in FTX. The move appears a bit strange as FTX just announced a $900 million funding round, the largest funding round for a crypto exchange in history.

“I think it just makes sense given the role that our businesses are playing in the space,” Bankman-Fried said in an interview with Decrypt, implying that he didn’t want Binance’s issues with regulators to affect FTX.
At the time of writing, Binance is still the largest bitcoin futures exchange by open interest, contributing $3.17 billion, according to Skew. The number for FTX, the second largest, is about $2.02 billion. At least for now, Binance’s dominance remains unchallenged.шаблоны для dle 11.2
06.08 01:19