Well, friends, Binance as always breaks through another "bottom" in its crimes, theft and fraud. Of course, we have to Escape from the Binance ship, that's what Changpeng Zhao (CZ) is trying to find a new CEO in his place. In such cases, of course, we have to limit withdrawal of funds from the casino Binance, and do that reducing the limit for withdrawal from 2 BTC to 0.06 BTC per day.

Binance Casino has been in criminal business and stealing assets from users for all its 4 years of existence, even a couple of days ago on July 25, 2021 they together with FTX showed how they can do it, it is not the first and not the last time - it happens all the time. But to steal and cheat their own users is one thing, to cheat a charity in Malta, a fund for people with cancer - it turns out it is also possible, and Binance has no conscience. 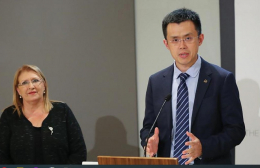 The President of Malta's George Vella Foundation sued the cryptocurrency exchange Binance over non-payment of promised donations totaling $8 million, writes the Times of Malta. The company made the relevant commitment when it tried to obtain a license from the local regulator. Subsequently, Binance abandoned those attempts and decided to liquidate the charitable entity on the island. In other words, Binance promised donations to the charity of the President of Malta to get loyalty of the government of Malta, and of course - cheated both the foundation, and the president of Malta, and in general all around - this is a favorite tactic of Binance fraud.

Binance originally promised to hand over $200,000 along with smaller payments in cryptocurrencies in November 2018. Rapid price increases since then have turned the failed donation into a multimillion-dollar sum. Former Maltese president Marie-Louise Coleiro Preca was a member of Binance's advisory board, but knows nothing about its meetings. According to her, the question of giving donations to help cancer patients was indeed discussed with the authorities. Roughly speaking, Binance handed out positions to former officials of the island nation and that was the end of all Binance's "very tumultuous" activities in Malta. Ended with what? Escaping to the Cayman Islands after the statements of the Maltese Financial Services Authority (MFSA) that Binance has no license to operate in the country, no offices in Malta, nothing in Malta - except tales in the media publications.

"These discussions have not continued and as far as I know, the money has stayed in the cryptocurrency space," - said Marie-Louise Coleiro Preca.
On the website of the Blockchain Charity Foundation, as of this writing, donations have exceeded $9.6 million (fees). The amount remained unpaid, Binance has not transferred this money to the Malta Charity Foundation, although the description of the project clearly stated support for The Malta Community Chest Foundation. There are two opinions, or Binance Charity Foundation never really collected this money (like everything in Binance - falsification of volumes and data), or just cheated the foundation and stole money for payments: 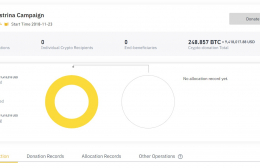 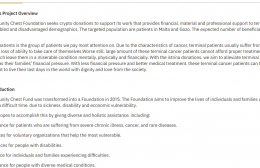 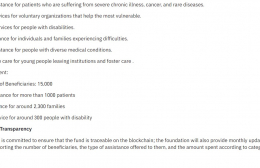 Claims that Blockchain Charity Foundation's development slowed down when Binance failed to obtain a license from the local regulator. Roughly speaking, the authorities did not issue a license, Binance decided not to transfer the collected money to the charity, the trick of bribing the Maltese authorities did not work. The exchange is allegedly trying to liquidate the charity. According to the suit, the president's foundation has made numerous unsuccessful attempts to get the promised money from Binance for the benefit of "suffering individuals in dire need of assistance." In addition, the plaintiff is attempting to obtain an injunction prohibiting the liquidation of Binance's legal entity:

"This means that the charity is not only trying to evade the terms of the arrangement and hide from its obligations, but also to move assets outside of Malta, to the United States, over which the Maltese courts have no jurisdiction."
Binance tried to deceive by saying that the promised money was intended to be paid to the sick directly, bypassing the presidential fund (directly into the pockets of each patient, apparently). The company once again promised to consider all relevant requests and stressed that it did not intend to shirk its obligations, it would certainly fulfill them. The liquidation of the Maltese entity, according to her, is due to the registration of a similar unit in the United States. In this way, the exchange seeks to avoid double costs, Binance publicly lied.

The Charity Foundation was accused of trying to unilaterally terminate the donation agreement. Binance has already resorted to such practice in relation to traders who signed the NDA, to sign, but did not comply. Nothing new, Binance could not come up with - except their old tricks of fraud.

We remind you that Binance has 2 companies Binance Europe Services Ltd (registration number C 85624) and Binance Marketing Services Ltd (registration number C 85602) are actually registered in Malta since April 2018 to the CEO of Binance, our favorite GUANGYING CHEN (she also acts as a legal and judicial representative of companies) and CEO Chillz Alexander Dreyfus. Moreover, it can be seen that Canadian citizen CHANGPENG ZHAO is a shareholder of these companies. шаблоны для dle 11.2
29.07 09:34