As part of our investigations and fraud Binance, we mentioned the project FTX, for example in the material Binance delisted credit tokens FTX after significant losses of users, and a month later added their clones, who remember - there was a large number of victims (cheated traders), Binance as always tried to replace the story - but it failed. Further, the FTX BULL / BEAR token scam evolved into the UP/DOWN tokens scam and is used as a fraudulent scheme by Binance to this day. 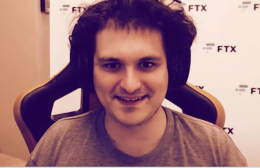 Guangying Chen (Heina Chen) and Changpeng Zhao invested in the FTX exchange and maintained (maintain) a good relationship with its creator Sam Bankman-Fried (his cryptocurrency fund Alameda Research, which has a long list of cryptocurrency market manipulation, and its individual tokens). Someday, we will definitely create a separate section on Alameda Research and Sam Bankman-Fried, because its activities are no different from those of Binance. Yes, there are less complaints but some fraud and manipulation schemes similar to Binance, for example Binance and FTX are publicly serving US citizens with Barry Silbert as an example, the same selling of tokenized shares (tokens for shares and securities of real companies) on FTX platform as it was with Binance which they refused under the investigation of European regulators and BaFin in Germany.

As it became known on July 22, 2021, the crypto derivatives exchange FTX bought back the shares sold by Binance. This was publicly announced by its founder Sam Bankman-Fried, and explained this step by the need for greater flexibility and difference in business management styles. FTX raised $900 million in a Series B funding round in July, bringing its capitalization to $18 billion. The deal provided the necessary financial resources to buy back shares owned by Binance for an unnamed amount, which it invested in the crypto derivatives platform in December 2019.

We recently bought back a stake from Binance to remove them from our capitalization table. I think that makes sense given the role of our business in the industry. It makes us more flexible going forward."
"It makes sense given the role our companies play in the industry. It will give us more flexibility going forward," Bankman-Fried said.
According to the FTX founder, Binance has faced a "barrage" of complaints from regulators around the world. He gave a diplomatic assessment of what's going on:

"I'm not part of their negotiations. I can only speculate. We are really trying our best to cooperate with the regulators. If you're not flexible, the regulators are very likely to feel that they have no choice but to nail you," - commented Bankman-Fried.
Indirectly, FTX head Sam Bankman-Fried made it clear that these events have exposed significant differences in how the platforms run the business. We know how Binance casinos are run, with the example of signing an NDA and not enforcing it:

"I think there are some differences between how we run our business and how they do. There are situations where I would react, respond and act differently. And we act differently," - he said.
"I think I would find ways to respond and act differently. And we handled the situation differently," - Sam Bankman-Fried noted.
Bankman-Fried noted that the end of the partnership with Binance proved to be "heartfelt." He and Changpeng Zhao had long "anticipated that such a turnaround was inevitable, and it was the right time to put a stop" to the collaboration and move on as independent companies. The head of FTX added that Binance has done very well on the investment and can consider it a positive ending.

"We are completely out, we are very happy with this impressive growth," Binance CEO Changpeng Zhao previously confirmed the information in an interview with Forbes.
It's hard to tell if the information presented to the public on behalf of Changpeng Zhao and Sam Bankman-Fried is true regarding the FTX stock buyout from Binance, especially after all the statements from regulators around the world, or if this is an attempt to move away from the disgraced Binance project at the current time. A large number of Binance financial partners have stopped cooperating, maybe FTX project has done the same.шаблоны для dle 11.2
24.07 09:47