Binance was involved in laundering $2 billion from Finiko pyramid scheme

Russian pyramid scheme Finiko became notorious recently. For 2 years of deception of the population of Russia and several other countries, swindlers from Finiko (pyramid founders - Kirill Doronin, Edward and Marat Sabirov, Zygmunt Zygmuntovich (Oleg Talipov)) managed to attract from $2 billion to $4 billion in cryptocurrency (damage assessment is estimated by investigators and specialized experts). According to various estimates, the Finiko swindlers were able to defraud over 850,000 depositors:

Our team has been working on this report in longread format for two weeks. We wish to remain anonymous as most of the people involved in the report remain at large.
TLDR: $2,173,000,000 = 539,000,000 USDT + $1,634,000,000 in BTC (59,645 BTC).
The founders have at least $500 million left in their hands If you take the current bitcoin price of 40 thousand, you get figures of $3 billion, but we were counting the bitcoin price at the time of the transaction. Our team is very much asking to distribute the report as much as possible and further. And feel free to link to it. 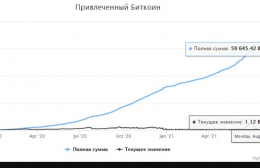 Finiko financial pyramid scheme, started in 2019, in 2 years managed to attract the attention of law enforcement agencies, the Central Bank of Russia, there were large-scale arrests and searches, at the moment Finiko does not pay any funds to its depositors. One of the organizers Kirill Doronin is under arrest, Edward and Marat Sabirovs, Zygmunt Zygmuntovich escaped from Russia and are internationally wanted, a number of major "managers" of Finiko are also under arrest - Ilgiz Shakirov, Lilia Nurieva and Dina Gabdullina. The investigation has been joined by the Central Department of the Ministry of Internal Affairs (Moscow) and a special investigative team of the Investigative Committee of the Russian Federation; the case is under government control at the General Prosecutor's Office of the Russian Federation.

Finiko is one of the largest and most resonant fraudulent pyramid schemes in Russia at the moment. Criminal cases are being opened and investigated and the deceived depositors themselves and the international community are involved in the investigation. In principle, there is enough material in the media (Russian) at all levels - federal, regional and city. At one time, the Central Bank of Russia included Finiko in the register of financial pyramids and there is a small article with sources on Wikipedia.org. But our attention is drawn to Finiko for another reason: the pyramid worked only with cryptocurrency and was certainly related to Binance casino exchange.

Binance and Huobi exchanges were involved in servicing the BTC transactions of the pyramid owners. It became known that those accused of a major fraud used cryptocurrency instruments, including BTC and USDT. It was possible to participate in the pyramid by exchanging rubles for these tokens through the Rapid Wallets service. The site states that it is registered in New York, but it was impossible to verify this information. There is no such legal entity in the state registry and the address in the footer is invalid. Alexa tools confirm that the main traffic came from Russia.

The presence of cryptocurrency addresses enabled compliance analytics platforms to examine the flow of funds believed to belong to Finiko's owners. In particular, we learn from Clain's investigation that the amount of stolen funds may be many times higher than currently announced.

Analysts managed to get some of the data about the crypto-exchange's clients. Including addresses and amounts of transactions. In total, about 800,000 Bitcoin addresses and about 120,000 Ethereum addresses associated with Finiko for more than two years of project activity were identified.

Clain estimates that more than 59,000 bitcoins ($1.6 billion) and roughly $1.3 billion in ERC-20 tokens (40% of the turnover is linked to Binance) were transacted with the cryptocurrency addresses of the pyramid payment services. The main volumes of incoming and outgoing transactions in the Ethereum blockchain came from USDT. Transfers were predominantly made by major exchanges, with Binance casino serving as the lion's share in the laundering of criminal and illicit flows: 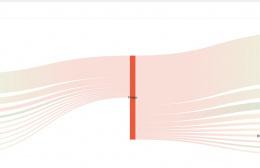 The Binance exchange and the Russian cryptocurrency exchange BitZlato (known for drug, hacker, extortion, and organized crime operations) served BTC-denominated transactions throughout the pyramid's lifespan. The latter is known for weak KYC policies and is often used for darknet marketplace transactions: 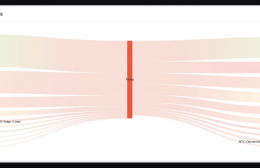 Some of the funds were withdrawn to the cold wallets of the pyramid owners - in the chart they are combined in the "Finiko Scam" thread. Experts estimate that the volume of such transactions reached $160 million in July. The investigation also cites the example of Finiko's BTC balance shrinking 5-6 times at the end of July. About $1 million was withdrawn to the Wasabi Wallet mixer: 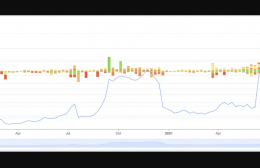 Clain analysts believe that the cumulative damage from the pyramid could reach at least $2 billion. In particular, at the beginning of August, the wallets of Finiko owners and affiliated services controlled 4.66 thousand BTC, after which most of the amount was withdrawn to Huobi. Also on the balances of the identified Ethereum-addresses then remained $42 million. This is five times less than a month earlier.

Financial pyramid Finiko collected over $1.5 billion in bitcoin from depositors from Eastern Europe. Most of that amount came from Russia and Ukraine, according to a report by analyst firm Chainalysis. Finiko received 800,000 deposits between December 2019 and August 2021, according to the experts. The exact number of depositors behind these transactions is unknown: 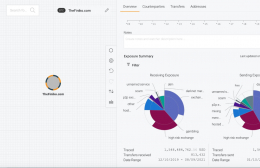 Meanwhile, the fraudulent addresses that received Finiko funds are also, for the most part, located in Eastern Europe. Chainalysis warned that the real damage from the pyramid's activities could be much higher than the initial estimates.

"Finiko accounted for more than half of the total amount sent to fraud addresses in Eastern Europe," the company added. 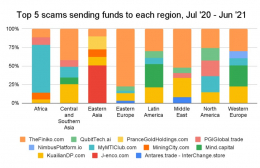 Conclusions: While Binance exudes "rays of goodness and happiness" to the public, it actually serves financial pyramid schemes (the largest), and in no way hinders such criminal activity. Binance took a similar stance with participation in the finances of "closed" projects Cryptopia and btc-e (WEX), and assisted in the laundering of stolen assets from the Zaif exchange (the case is on trial in the U.S.). шаблоны для dle 11.2
28.09 21:48