The fake dollar, or rather, Tether's USDT Stablecoin, has been making its presence felt for years. And what's interesting is that when Tether starts having problems, the market just magically comes alive and flies up. All conditions are created for the price of crypto assets to rise, all of this certainly depends directly on the issuance of USDT token, which is used to inflate and inflate the crypto market bubble.

Despite the fact that Tether is facing criminal charges of bank fraud in the US, the company continues to issue unsecured USDT tokens and distribute them to the market, or to be more precise, to two unregulated exchanges that form a criminal cartel - FTX and Binance. For the public, FTX bought their share from Binance, as in reality - I'm afraid we will never know or when, the mentioned pseudo-exchanges will be engaged by governments and intelligence agencies, at least on the fact of servicing citizens and residents of the USA on their sites and outright frauds with financial instruments (futures).

"Tether directly sold USDT to many other companies and individuals. None of them even came close to the performance of Alameda Research and Cumberland. Our understanding is that the closest competitor has only issued a few hundred million USDT," the publication said.
DRW is considered one of the leading participants in the financial markets and is described by the Financial Times as "an important source of liquidity on the world's largest futures exchanges. DRW opened a division of Cumberland in 2014, subsequently becoming one of the largest liquidity providers in the cryptocurrency market. Protos claims that Cumberland holds the lead among cryptocurrency liquidity providers - thanks to Tether.

Alameda Research, for its part, began buying USDT after the launch of FTX in 2018. USDT issuance has also accelerated since that time.

"Alameda Research probably uses USDT in the same way that Cumberland does: to provide liquidity in the many markets in which it participates, including markets in its FTX division," Protos writes. - Alameda Research acts as a venture capitalist in the cryptocurrency space. There is no doubt that it is easier to finance cryptocurrency projects in USDT than in traditional currencies.
In addition, the publication notes, both firms have issued far more USDT than they have withdrawn back into traditional currency, but other clients are much more active in taking advantage of the opportunity. According to his information, the total ratio of USDT issuance to withdrawal over time is more than 20:1.

FTX CEO Sam Bankman-Fried denied in July that his companies are associated with the issuance of commercial paper in which Tether holds about half of its USDT collateral. The firms mentioned in the publication have not yet commented on Protos' statements.

In the article The End of Bitcoin: Tether, Binance and the White Swans that could lead to bitcoin's collapse, we cited statistics, and the connection between the casino exchange Binance and Tether. Now the link directly points to a second unregulated exchange, FTX. More importantly, Binance and FTX exchanges are related exchanges, and apparently one crypto cartel is behind their creation.

Statistics of USDT issue distribution shows the following picture (actual as of August 14, 2021): 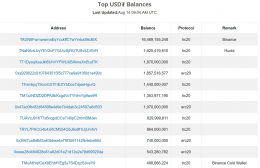 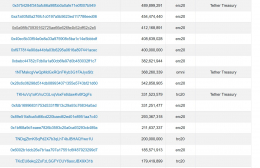 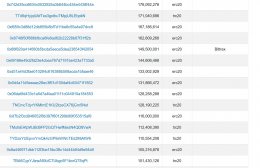 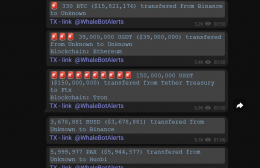 If we accept the information about FTX redeemed issue (which is not officially disclosed), that only 2 unregulated (offshore) exchanges receive almost 60-70% (maybe even more) of all USDT issue and manipulate the cryptocurrency market with these funds. It is Binance and FTX that are fully responsible, along with the "fake dollar printing press" Tether, for inflating the cryptocurrency market bubble, for sharp drops or rises, and a number of other manipulations.

This once again confirms the formation of a criminal conspiracy and organized cartel Tether-Binance-FTX in the market, and the list of participants can be safely expanded.шаблоны для dle 11.2
15.08 09:11