US derivatives traders continue to trade on Binance and FTX

The full analyst investigation can be found at Inca Digital: Geotagging Crypto Derivatives Traders with NLP.


At one time, ScamBinance did investigations in which they notified that the Binance and FTX casino exchanges continue to serve US traders - whatever they claim, the service is happening. Binance Broker Program: How Binance via Cryptorg serves US citizens and Binance's sibling exchange FTX has also distinguished itself publicly: FTX is publicly serving US citizens with the example of Barry Silbert. What do you want, the Binance criminal cartel, FTX cheats and steals not only from users, cheating regulators - such is the business economy of these unregulated casinos. 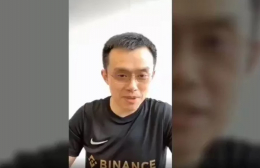 U.S. crypto analytics firm Inca Digital, which works with the U.S. Commodity Futures Trading Commission (CFTC), has confirmed publicly that despite restrictions, crypto derivatives traders from the U.S. and several other countries have access to a number of restricted platforms.

"According to the model assessment, the majority of users who must reside in the U.S., U.K. and Turkey show other residences in their backgrounds," the firm said in today's report.
Among other things, they found patterns of tweets including proof of profit and loss (PNL), a specific screenshot showing a derivatives transaction, posting a referral link, and tweets mentioning a UID (unique trader ID) along with a support request - from US citizens and/or US residents.

"The PNL proofs and associated screenshots are intended to be exhibited, showcasing the derivatives trader's successful trades," they stated.
The team worked with a sample of 2,939 unique Twitter users involved in derivatives trading on FTX, Huobi Futures, Binance Futures, OKEx, Bybit, Bitfinex, and BitMEX, locating 2,164 traders worldwide and 372 from the US in particular.

"This is likely to be only a small fraction of the total," the magazine said.
The most popular locations for users of derivatives exchanges, according to Twitter API data, include the U.S., Indonesia, Turkey, India and the U.K., respectively. The most popular exchanges in the U.S. are FTX, ByBit and Binance, respectively, followed by OKEx, Bitfinex, Huobi and BitMEX. Meanwhile, ByBit has the largest share of identified derivatives traders overall, followed by FTX and Binance.

An investigation by Inca Digital group confirms that they use various natural language processing (NLP) techniques to obtain reliable data based on the digital footprint of cryptocurrency users. They take derivatives traders working on the major derivatives exchanges and "attempt to show that their geographic location is much more diverse than exchange operators claim and local securities laws allow."

U.S. traders may be using virtual private networks (VPNs) designed to disguise the country in which they are located. Or they simply lie about where they are from. The study was conducted by scanning Twitter for jubilant tweets about successful trades and so on.

One of the three methods used to obtain the aforementioned data included "extensive collection of speech samples and advanced multilingual geographic entity name recognition [NER] models." By running hundreds of tweets from each of the identified users through its models, NER assigned geotags to 2,079 of the 2,939 derivative traders. These geotags can be combined to predict a derivative trader's true place of residence, the report says, regardless of the statements made by the trader during the "know your customer' (KYC) registration process. In the case of public investor Barry Silbert doesn't even need tags, he's a US citizen and resident, but he trades and has publicly stated so, on FTX casino.

Again, according to this method, the US comes first, followed by Turkey, Indonesia, India and the UK respectively.

The boast of crypto derivatives traders could make things worse for them and the trading platforms, as politicians and regulators just got another incentive to crack down even harder on this market. But Binance and FTX have been slow to comply and are actively providing services to residents and residents of the US, China, Malaysia and other countries - where unregulated casinos are banned.шаблоны для dle 11.2
02.08 20:08