Binance cartel and FTX once again ripped off users on futures

In a pair with USDT on Binance perpetual contracts at 04:01 Moscow time, bitcoin price within a minute candle rose more than $10,000 and exceeded $48,000. The jump occurred shortly after the opening of the Asian trading session on Monday: 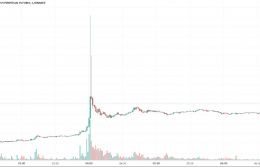 It's important to note that despite Binance's volatility, other markets were relatively stable at the same time, all within normal BTC volatility: 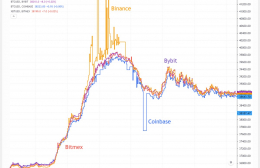 Analyst Alex Krueger suggested what happened was "a textbook example of a short-squeeze." The screenshot below shows a prolonged decline in funding rates, indicating the prevalence of short interest in leveraged funds. The volume of active positions has also risen continuously since July 8, until it collapsed sharply from 170,000 to 125,000 today.

ScamBinance calls this a financial fraud and Binance exchange activity against its users, this is not a short-squeeze, but a deliberate manipulation to steal users' money (the victims will be extremely numerous as always, including Asia and China, where Binance supposedly does not work). Since this technical short-squeeze occurred after the opening of the Asian trading session - well coincidence so, it happens, especially if it concerns the profit of Binance casino, lucky coincidences.

In a short-squeeze situation, the price of the asset reaches a certain critical level where a significant number of short position holders are unable to meet their margin requirements and are forced to close them by buying, thus causing the rate to rise further and forcing traders with higher liquidation prices to do the same.

This casino, is no better than Binance and has also ripped off users (as they have always done). Therefore, we questioned the news FTX bought their stake from Binance, it is one cartel and they act together and have always acted together. Starting with the FTX BULL / BEAR (UP/DOWN) token scam. So what did the FTX casino come up with so that "traders don't get too rich, even if they guessed the BTC movement correctly? Check out the Twitter of user traderRB: 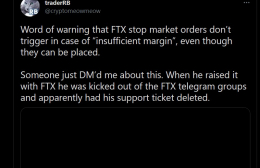 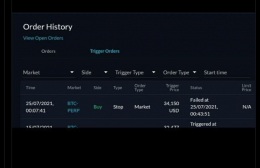 Be warned that FTX stop market orders are not triggered by "insufficient margin" even though they can be placed.

Someone just reported this to me. When he brought it up with FTX, he was kicked out of the FTX telegram groups and apparently his support ticket was removed.
Pretty? As usual, the FTX stop market orders just didn't work, for a wild reason and despite the fact that they were placed before. You complain to FTX's Telegram, you will be deleted and banned. Thank you for giving money to Binance-FTX casino come again. Will users be able to complain somewhere else? I doubt it, FTX casino as well as Binance casino operate offshore and are not regulated by any country in the world or by any financial regulator, but they don't forget to provide banned services to US residents and residents.

Still want to play at Binance and FTX casinos? Play, just do not forget, you play by their rules and in their territory, and they use these advantages to beat you in any situation, even when you guessed the direction and movement of the crypto asset.

Changpeng Zhao (Binance) and Sam Bankman-Fried (FTX) almost synchronously announced the reduction of leverage (leverage) to x20 on their exchanges: 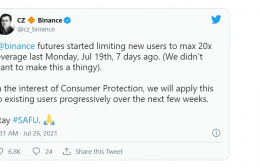 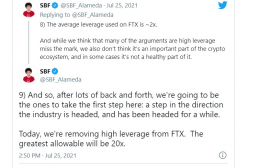 "In the interest of protecting customers, we will gradually apply this to existing users over the next few weeks," - Zhao wrote.
Bankman-Fried noted that high leverage transactions account for "far less than" 1 % of FTX exchange turnover. The average leverage used by clients is about 2x, he said.

"While we think many of the arguments [against] high leverage is flawed, we also don't consider it an important element of the cryptocurrency ecosystem, or in some cases a healthy part of it," - the FTX chief wrote.
Bankman-Fried acknowledged that some users would like to have this option, but that this minority is represented by a small portion of the activity on the platform.

It is tempting to ask, does anyone believe that this is done to protect users, when every day the cartel Binance and FTX to steal through technical and other manipulations of its users?шаблоны для dle 11.2
28.07 20:33