Binance quietly changed the white paper BNB - as BNB token has all the attributes of a security (and had at the time of the creation and ICO Binance). The pocket CoinMarketCap placed BNB at the first place in the DeFi-rating and removed after criticism because BNB is not a Defi-token, and CoinMarketCap is fully controlled by Binance, and all rankings on it are exclusive song to Binance's part. In 2017, almost immediately after the Binance ICO, the Chinese regulator launched an investigation into the illegal placement and sale of Binance securities, including Binance Coin - BNB. The opinion of the cryptocurrency community makes it clear that the BNB token token is a fraud and a security in its purest form. BNB token is used to pay the salaries of exchange employees, BNB token is used to buy services and companies (the same CoinMarketCap - the payment was made in BNB tokens), moreover - BNB token is even used to pay compensation to defrauded traders and investors (partial compensation). The BNB token is built and operates within the Binance Smart Chain (BSC) network, which in turn is nothing more than a centralized Ethereum fork. In the US, the SEC has long been interested in asset transactions on the Binance Chain blockchain.

We published an article "Why XRP is a security (fraud) or About fake cryptocurrencies (Ethereum, Tron, Ripple and similar)", we can safely add BNB (Binance Coin) to this list of tokens. If Binance falsifies trading volumes of ETH (which is traded on many exchanges), what can be said about falsification of trading by BNB's own token - it is the maximum. 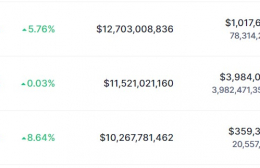 If you believe CoinMarketCap printed this goodness, as much as $11,516,380,319, yes - $11.5 billion. You say only the Fed prints dollars? You are very much mistaken, nowadays, "almost real dollars" are printed by many, but the fashion was set by scandalous Tether, which has $17.5 billion on Binance's balance sheets.

BUSD is a 1:1 pegged to the dollar, approved by the New York State Financial Services Authority (NYDFS), issued in partnership with Paxos. 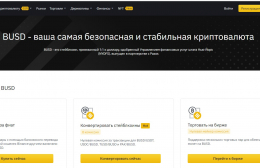 The issuer of the Stablecoin is really Paxos Trust Company from time to time they are audited, supposedly regulated by the New York State Financial Services Authority (NYDFS) in the US and act as the issuer of BUSD (Binance Dollar). As of June 30, they were publishing a report:

Burstein noted that there are only three regulated U.S. dollar-backed steiblocoins on the market - Paxos Standard (PAX), Binance Dollar (BUSD) and Gemini Dollar (GUSD). The issuer of the first two is Paxos Trust Company.

According to the report, all Paxos cash reserves are held at insured depository institutions in the United States. Cash equivalents are represented by "U.S. Treasury securities with maturities of 3 months or less, or overnight repurchase agreements, overcollateralized Treasury instruments." The remainder of the reserves are also in U.S. Treasury securities, but Paxos has separated them into a separate category because these instruments mature within 4 months: 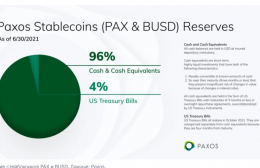 We have some suspicions and concerns about BUSD (Binance Dollar), we will try to write to Paxos Trust Company and ask for independent audits of this security. At the same time, it is probably worth writing to the regulator New York State Financial Services Authority (NYDFS) and request an audit of this issuer, BUSD collateral in the regulatory risks of the casino Binance.com.шаблоны для dle 11.2
24.07 09:58