Binance Casino has a great track record, but the organizers of Binance are not squeamish about anything at all. At the end of 2020, Binance announced a great opportunity to exchange cryptocurrency for cash, a kind of P2P service: 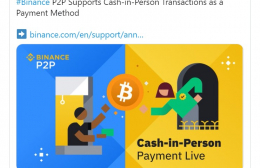 It is absolutely not difficult to guess what layer of clients Binance is trying to invite to its ranks - especially from disadvantaged countries, or countries where market regulation is "through fingers" - Russia, Ukraine, part of the European Union. Qualified merchants can use the service through the Binance P2P peer-to-peer platform. Bitcoin, Ethereum, USDT, BNB, BUSD and EOS are supported for exchange:

"Users will be able to buy and sell cryptocurrency directly through a selected offer and then transfer or receive cash in person."
The exchange warned users about the risks that come with exchanging cryptocurrencies for cash. Representatives of the company urge not to use third-party messengers for communication, not to agree to a meeting in a dubious place and carefully recalculate the money before confirming the transaction - in principle, as always, Binance casino completely absolves itself of any responsibility for the mechanism of money laundering through cryptocurrency and cash provided.

Binance is constantly laundering money - sometimes criminal elements send money there, sometimes hackers take out stolen money and further fate of these assets is unknown - in other words, Binance steals money not only from simple traders and investors, but criminal assets, which come to them, are also stolen under the pretext of noble "investigations".

For example, Binance has frozen some funds that were stolen from Cryptopia, a cryptocurrency exchange. Binance CEO Changpeng Zhao announced this on his Twitter: 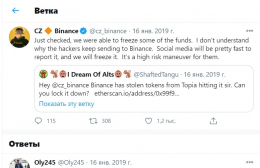 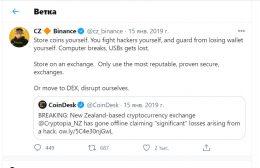 Funny but true - Changpeng Zhao is firing back and taunting users as usual:

The day after Cryptopia announced the hack, Zhao posted a message on Twitter that received considerable backlash. In the post, he advised cryptocurrency owners to store their assets on exchanges rather than on personal devices such as USB drives or hardware wallets. The post received mixed reactions. Some took Zhao's advice to mean that the risk of self-storage was much higher than the risk of storing cryptocurrency on "reputable" exchanges such as Binance.
Binance helped launder assets stolen from users of btc-e (former WEX) scam exchange. After there was a transfer to Binance from btc-e (former WEX) wallets - 93 thousand ETH from WEX wallets, they were blocked, after that no information about the blocked coins was provided to the public to this day: 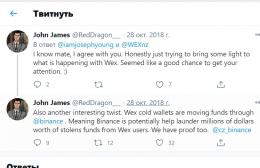 A spokeswoman of the Binance exchange said that her " site was not aware of WEX's specific situation," but that "we always scrutinize user requirements, and we will suspend access to accounts if any unusual activity is detected. She added:

"We are asking users who may be affected by this situation to apply to their local law enforcement agencies, and ask them to send us case numbers or official notices/documents of investigation. We have not yet been provided with any notices."
Li later clarified that the freezing of accounts was only a temporary measure. She noted:

"We can only freeze accounts for short periods of time, a long-term freeze requires notification from law enforcement."

On the trail of the ether

A review of public data on the Etherium blockchain showed that the trail from the two wallets that sent ETH to Binance ultimately leads to an address that is controlled by BTC-e. In addition, the analysis shows that this address is associated with a wallet clearly owned by WEX. The BTC-e address is identified as such on Etherscan. Often exchanges ask Etherscan to link their name to wallets belonging to them. The Binance address is labeled similarly, but none of the 10+ others are on the transaction network between it and BTC-e.

A series of transactions began on July 29, 2017, when 485,705 ETH was transferred from the BTC-e address in one batch to another address that users believe is the first WEX wallet. 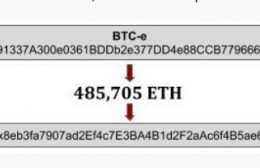 Subsequently, 480,000 ETH was sent from this address in 32 large transactions between September 2017 and January 2018 to one address. The wallet in the image below belonged to WEX, as six users provided screenshots of their WEX withdrawal transactions. They all included address 0xb3AAAae47070264f3595c5032eE94b620A583a39. 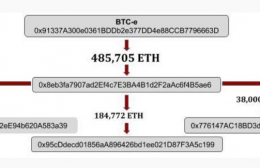 But this WEX wallet was not the only recipient of ether from BTC-e. Another 184,772 ETH was transferred to address 0x95cDdecd01856aA896426bd1ee021D87F3A5c199, and from there smaller amounts later went through several different addresses. In the end, two addresses, each linked to a BTC-e wallet through another chain of six addresses, sent significant amounts of ETH to an address identified on Etherscan as belonging to Binance. The first of these wallets sent 78,581 ETH to Binance in about two dozen transactions between August and October. The other wallet sent 14,794 ETH to the exchange in three transactions on October 15, October 18, and October 22.

Trader Maxim said Binance's initial response to his warning was discouraging. "They responded that they couldn't do anything yet, but would keep a close eye on these wallets," he said.
The text of Binance's response reads:

"Thank you very much for your information, we are willing to cooperate with you, but at this time it is difficult for us to verify all WEX accounts and take action. We will keep an eye on this problem, if you have any new information, please contact us."
While a Binance representative said that accounts were frozen on October 25, this information was apparently not disseminated to frustrated WEX users until the exchange's CEO Zhao Changpeng was asked about the problem on Twitter. On Monday night, a Twitter user named John James, wrote:

"WEX cold wallets are moving funds through @binance. This means that Binance is potentially helping to launder millions of dollars stolen from Wex users. We have proof. @Cz_binance."
Changpeng Zhao quickly responded to this:

"The accounts mentioned are frozen, please inform law enforcement and send us the case numbers. We will cooperate with the police. This is part of centralization, which we also hate - dealing with problems with other exchanges (we don't even know, the details). But we'll do what we can."
It was a long time ago. Cryptopia and btc-e (former WEX) assets were not returned to investors or law enforcement - they just got lost in the vast machinations of Binance casino.шаблоны для dle 11.2
26.01 22:07