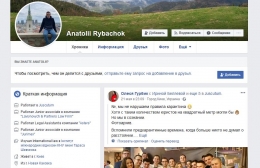 In principle, there is a lot of information on the Internet, but we do understand that Anatoliy Rybachok is a contract employee, don’t just vent all your venom or hatred on him. He did what he was told to do within his salary while Binance was cooperating with Juscutum Consulting LLC, it’s none of his business. It is all the more pitiful that the Binance Exchange is dragging into its shady transactions not only traders but even lawyers of Ukraine. Particularly as according to an assurance of the Binance Support Center, they do not involve lawyers any more – they will do all dirty job by themselves. To carry out, send to journeys without any compensation and without admission of their guilt, for example by deleting a description of the stated specifications of BULL/BEAR tokens and a publication of new descriptions (rectified and modified), by delisting of tokens and listing of the same after a month – there is a lot of work on cheating traders.

Juscutum Consulting LLC (registration number 36148295) – also exists in Kiev, is even registered under the address indicated in the NDA Agreement, namely, Office 3, 1, Katerina Belokur Street, Kiev, Ukraine. Anatoliy Rybachok does not appear in the registration documents, he is not a director and not an owner – that is, his right to sign documents should be regulated by any given document. Which was not, unfortunately, attached to the NDA Agreement.

The owner of Juscutum Consulting LLC is Afian Artem Arturovich, who also owns a number of other companies. For example, Juscutum LLC, where, according to Facebook, our former lawyer Anatoliy Rybachok is on the payroll.


In fact, I could thus bring my background information to a conclusion (since the said company does not represent the interests of Binance any more), but to the end that the background is full, here is a number of useful links (maybe somebody will require them or for interested mass media):

- Official website of Juscutum, I did not find a website of Juscutum Consulting LLC but it seems to be one and the same organization. As I was advised by the Binance Support Center, I applied to the contacts of the said website but I received no answer. Good lawyers and, above all, very honest ones, may God grant them good health and money, especially the money Binance paid them out of the pockets of cheated traders.
- Artem Afian on FaceBook
- Artem Afian became an adviser to the Prime Minister of Ukraine (Denis Shmyhal) may God grant prosperity for Ukraine with such advisers and personnel decisions. But that’s another story, it is of no pertinence to us, the traders cheated by the Binance Exchange.шаблоны для dle 11.2
28.06 15:57