Everyone remembers the wonderful scam with BULL / BEAR tokens from FTX (FTX Trading LTD), which was spinning at Binance. For those who have forgotten or not in the know, we recommend reading the material called Binance deleted the FTX credit tokens after significant losses of users, and a month later added their clones - an epic story.

After all this fraud, Binance didn't stop... After BULL/BEAR tokens, they released their surrogate called UP and DOWN to almost many cryptocurrencies, for example - XRPUP and XRPDOWN. They have the same essence as BULL/BEAR, with XRP for example stating the following:

Long XRP with up to 4x leverage
Get 1.25x-4x more profit when XRP price rises.
For XRPDOWN:

Short XRP with up to 4x leverage
Get 1.25x-4x more profit when XRP price drops 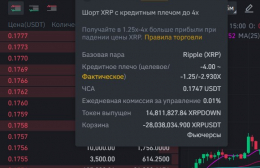 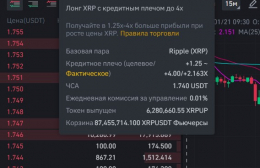 In fact, the work of UP/DOWN is as fraudulent as the work of BULL/BEAR tokens in the past - everyone loses money, and it does not matter which way the underlying asset went. On the forums, these tokens have long been laughed off - realizing that their job is to enrich the criminal Binance community and its con management.

Investor posts from the Bitcointalk.org: forum

Why is the up and down chart now starting in July? Is it like the heirs of bear & bull in a new guise?
Yeah, that's right, it's just that bear and bull were immediately delisted after I was shaved... By the way someone posted a picture of up and down in the thread when they showed the same minus... Like both ADAUP and ADADOWN went down 15% at the same time...
even 50% at the same time, gets the benefit of them mercilessly
Because after the March 2020 FTX Bear bull set-up, Chizet said "It's too complicated tool. Our hamsters don’t f**ng understand it and they're all blame on me. And that's why we delist them" (after shaving them all off, yeah). And then Chizet started shedding his "proper" Bear bull. First on the bit. Then on ether. And then all the rest of the shit, when that topic hit the hamsters again. They laughed at him on Twitter, saying, "Cheeseet, we don't understand your new Bear bulls either, please delist them”.
For example (and there are many), the ADA token story - ADAUP and ADADOWN are both down 15% at the same time, the SUSHI token story in the screenshot below:

At the very beginning of the article, we gave the example of the XRP token (or, if the court decides - the XRP security) - XRPUP and XRPDOWN surrogates, both the short and the long fell simultaneously when the underlying asset XRP fell, although only XRPUP was supposed to fall and the asset XRPDOWN increased in value - as XRPDOWN, recall the description of how the financial scam works:

Short XRP with up to 4x leverage
Get 1.25x-4x more profit as XRP price falls
The XRP token flew hard down after SEC claims against Ripple. Along with it, XRPUP (legitimate) and XRPDOWN (pure fraud) flew off in price, you can see it perfectly in the screenshots below. Note, instead of growth and significant XRPDOWN showed ... price down: 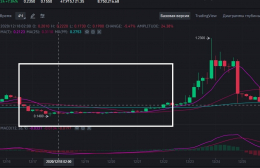 Completely repeating the fraudulent scheme on the principle of the infamous BULL/BEAR tokens.шаблоны для dle 11.2
25.01 14:18