We recommend reading the materials:
- Financial regulators and users defrauded in Australia by the pseudo-exchange Binance

Australian crypto traders claim to have lost large fortunes during disruptions at crypto exchange Binance. Angry Australian customers of Binance are banding together to seek compensation for repeated disruptions to the system, which they say cost them hundreds of thousands of dollars each, and tens of millions of dollars in total.

As it turned out, according to the investigation of users from Australia, Binance Australia is not regulated by the law of Australia, all responsibility for trading and services offered, falls on Binance Holdings Ltd (an offshore from the Cayman Islands).

Several Australian users told "The Daily Telegraph" newspaper that Binance's disruptions during the highly volatile market between February 2021 and May 2021 this year had left them stranded and struggling. Technically, the Binance exchange was shutting down its ability to place orders and failing to execute user orders. Approximately, the same technical failure was on September 9, 2018 for one of our users, as a result - Loss due to Binance in the amount of 86,000 USDT. 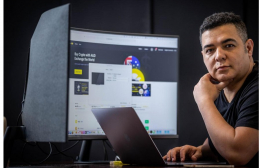 Arya Issac from the suburb of Truganin in west Melbourne said he was "liquidated" during a technical shutdown of the Binance Australia platform on April 18, costing him $US165,000 ($213,000). Mr. Issac said he was offered compensation of $20,000, plus some temporary account upgrades (as we understand it - this is giving VIP status to an account, to reduce Binance's commission costs for a period of time). When there were scandals with BULL / BEAR tokens on Binance Ukrainian lawyers hired by Binance offered similar terms, plus requirements to sign NDA Agreements (which, subsequently never fulfilled).

"That's a miserable deal," Mr. Issac said. "They offer you 10 percent of your own money. It's not fair.
They put themselves up as the Number One exchange in the world, so why do they continue to cheat and not be responsible for technical failures," he asked.
Kate Marie 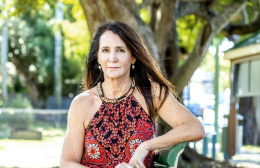 Kate Marie, from Camperdown (a western suburb of Sydney), said she was unable to protect her investments because of system failures in May 2021, as markets were rapidly changing and volatility was high, but the Binance platform couldn't handle the volatility and at times, technically shut down its asset management for users. It was also liquidated due to Binance's technical failures:

"The platform completely stopped working," Mr. Kim said. "I couldn't take a profit."
He, like Arya Issac, was offered a ludicrous $US60,000 ($78,000) in damages and an upgrade to VIP account status. Instead of accepting the offer, Francis Kim is rounding up people who have suffered liquidations or losses due to Binance's actions in Australia and other countries. Initially, Francis Kim focused on finding other Australians, and was able to find over 10 Australians with total claims of $US1.2 million (US$1.6 million), some victims had already accepted "laughable" compensation from Binance Australia, and only now began to realize that Binance had simply ripped them off by stealing their assets through technical failures.

Francis Kim did not stop there, to financially justify the class action suit, Kim began to seek information internationally (in other countries), and since then he has been contacted by traders who claim that technical failures in the Binance platform at different periods of time, cost them more than $US10 million ($13 million) in total. The 86,000 USDT loss caused by Binance was created by the same technical failure, Binance did not acknowledge its responsibility, refused to compensate for the loss, and after a while blocked the trader's account altogether.

According to Binance users in Australia, they hope that the publicity will help identify other victims and make the Australian class action lawsuit viable and increase the pressure on the international (offshore) unregulated company Binance, thereby getting full and fair compensation for Binance technical failures. Binance Holdings is registered in the Cayman Islands, was founded by Guangying Chen (Heina Chen) and Changpeng Zhao, and provides its services in Australia, as elsewhere in the world - without a financial license (or any other).

The representative of Binance Asia Services Pte. in Singapore on the treatment of users said that the company never discusses the problems of individual users, for this purpose is the Support Center and chat for appeals, other channels to resolve disputes or complaints do not exist in Binance. Recall that the Monetary Authority of Singapore (MAS) monitors the activities of Binance, there is an opinion that Binance will not be able to get a license in Singapore.

"As platforms evolve, we inevitably encounter certain hiccups. When a "technical trading halt" occurs, it becomes a top priority for the entire Binance.com team worldwide. We do our best to prevent or minimize such disruptions, but all crypto exchanges must be prepared to face systemic problems during periods of high market volatility, Binance is no exception.
It is important to note that Binance disclaims responsibility for the safety of trader's capital, or responsibility for force majeure situations, failures and all the rest. Binance does not assume such responsibility, and they state this clearly and directly. There is a well-founded opinion that such technical failures are man-made by Binance, they fit perfectly into the fraudulent business vision model and generate enough profit for Binance. Of that profit, they allow themselves to allocate 10% to compensation, while keeping 90% for themselves, rejecting any moral or financial responsibility for technical failures on the Binance.com platform.

The Binance Australia platform, which offers services to Australians, is run by a local company, InvestbyBit, whose two directors are physically located in Sydney. Repeated requests that have been sent to the company or directly to its management have gone unheeded and unanswered.

"The Binance platform by which investors buy and sell cryptocurrencies is not regulated."
"This applies to Binance as well. Investors are not protected if they suffer losses due to technical glitches or system failures."
"We cannot comment on other actions that ASIC may or may not take against Binance Australia or related companies with respect to other products that may constitute financial products, such as cryptocurrency futures."
шаблоны для dle 11.2
03.07 19:01